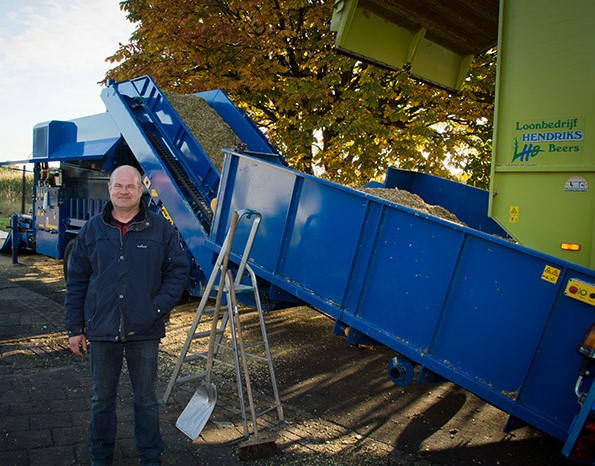 Hardly any losses: there is almost no waste when preparing maize bale silage. If a pest does damage the film then usually only a few shovels of maize silage has to be removed. On many farms, the weekly feed rate in the clamp silo is significantly less than two metres, which often leads to reheating and mould formation, which in-turn can lead to big losses.
Excellent quality: the dry-matter content in maize bale silage lies is approximately 39-42 % and therefore is significantly higher than with clamp silo silage.
The higher dry-matter content leads to a better forage intake and forage exploitation. The excellent forage quality is of particular advantage for sensitive young calves.
Portionable forage removal: the advantage of maize silage bales is that each bale is a new portion, thus eliminating problems such as reheating of the remaining maize silage.
Longer conservation: The quality of the maize silage of a bale can usually be conserved for 14 days. We should respect the various opening techniques: if the bales are used for forage within two to three days, a hole is made in the front. For low consumption, the bales are opened up on the top and the silage removed in layers.
Space saving: Bales can be stored almost anywhere.

FaLang translation system by Faboba
Back to top